works in tunnels in the Gaza Strip to support his family

‘Imad a-Natur, 17, works in tunnels in the Gaza Strip to support his family, November 2009

I am 17 and live with my parents and my seven younger siblings in a three-room apartment in the Brazil neighborhood in southeast section of Rafah.

My father has high blood pressure and diabetes, and can’t work or exert himself a lot. I started working when I was 13, because I’m the eldest and there was nobody else in my family to support us. At first, I worked as a simple laborer while still going to school. Two years ago, I saw young people my age working in the tunnels and getting paid every day, even though they were minors. I realized this was the most worthwhile place to work, so I quit school and began to work in the tunnels. I work in the tunnels even though I’m always in danger of being killed. We often hear about a person who was killed or injured in the tunnels, and sometimes we see it happen. The Israeli planes bomb the tunnels every time a rocket is fired from the area at Israel. The bombs destroy the tunnels and kill and injure people working in them. Lots of times, the Egyptians tell the National Security forces, which belong to Hamas, that a bombing attack is expected. We get out and then go back to work after the bombing. Sometimes, they bomb the tunnel and a few hours later, after the workers have gone back to work, bomb again, and there are dead or injured. When the Egyptians find a tunnel, they arrest the workers and bomb it. Sometimes in the winter, we stop working because rain enters the tunnel, and that can cause it to collapse, killing us.

There are many dangers in working in the tunnels, and there is a constant chance of death. We are afraid, but what can we do? We won’t stop working. If we did, we’d turn into street beggars. During the war [Operation Cast Lead], we stopped working, and after that, there was work fixing up the tunnels, because that was better than doing nothing. This is the only work to be had in the Strip nowadays. The siege and the closure have halted everything in the city. Factories and businesses closed, so many of the owners of the businesses and factories, laborers, and merchants went to work in the tunnels.

Everything comes in through the tunnels: biscuits, chocolate, refrigerators, washing machines, stoves, kitchen utensils, cigarettes, sheep, cattle, milk, clothes, wood, aluminum, auto spare parts, lighting products, electronic equipment, cheese, boxes of candies, air-conditioners, pipes, plastics, and other things. Cement also comes in through the tunnels, but not in large quantities because it is heavy and hard to move. The cement is poor quality and suitable only for repairs and renovation work.

At first, I worked almost every day because there was a lot of demand for goods, and there were about 800 tunnels, much more than there are now. There was lots of work, day and night, and the pay was excellent. There weren’t bombings by the Israeli planes, and the Egyptian army did not blow up tunnels. Now, there isn’t work all the time. I sit by the tunnels and wait for a tunnel owner to hire me for a daily wage. I work three or four days a week, and I can make up to one thousand shekels a month. This is really not enough. It is impossible to live off that because goods are very expensive, despite the poor quality. We have no choice but to buy the goods because we need a coat and shoes and a woolen shirt for the winter, even if we don’t like them.

The money I earn has to pay for the food and drink, clothes, and other needs of the whole family. I need money now in particular because the ‘Eid al-Adha holiday is approaching, and I have to buy new clothes for me and my family and feel the holiday like everyone else. We don’t want to buy a sheep for the holiday for 2,000 shekels, just clothes and necessities so my small brothers and sisters will feel the holiday.

That’s our life in Gaza. It’s a hard life, full of poverty and degradation.

'Imad a-Natur, 17, lives in Rafah and works in a tunnel for smuggling goods from Egypt to the Gaza Strip. He gave his testimony to Muhammad Sabah near the tunnels in Rafah on 17 November 2009.

The establishment and expansion plans of the Ma'ale Adummim settlement

Ma'ale Adummim is the largest Israeli settlement in its jurisdictional area (some 4,800 hectares) and the third largest in population size, after the ultra-Orthodox settlements of Beitar Illit and Modi'in Illit. Its city limits, which include the city's neighborhoods and the Mishor Adummim Industrial Zone, encompass a vast swath of land deep in the West Bank. Many Israelis consider Ma'ale Adummim an Israeli city that will remain under Israeli control in any final-status agreement reached with the Palestinians.

In accordance with this conception, Israeli governments have taken measures in recent years to strengthen the spatial and functional ties between Ma'ale Adummim and Jerusalem. The planning authorities have approved an outline plan for residential neighborhoods in E1, an area that lies within Ma'ale Adummim's city limits and borders Jerusalem's jurisdictional boundary. Due to objections made by the US Administration, the neighborhoods have not yet been built. However, despite the American opposition to construction in E1, Israel moved the Samaria and Judea Police District headquarters there. While constructing the police headquarters, Israel paved roads and built infrastructure to serve hundreds of housing units planned to be erected nearby.

The route approved by the government for the Separation Barrier in the area will leave more than 6,000 hectares on its “Israeli” side, including not only Ma'ale Adummim's built-up area (400 hectares), but also extensive swaths of land for future expansion of the settlement. Although construction of the Barrier has stopped – officially due to budgetary constraints – the plans to complete it along the designated route, thus annexing extensive areas of land to Israel, remain in place.

This report – a joint effort of Bimkom and B'Tselem – examines the spatial and planning aspects of these recent actions, frames them within a historical perspective and reveals documents from the Israel State Archives only recently made available to the public. These documents show that although the area of Ma'ale Adummim is occupied territory, the government of Israel has viewed it from the outset as a means to serve the internal needs of Jerusalem. Under international law, Israel holds this occupied territory in trust and is forbidden to use it for its own purposes.

Already in late 1974, the government decided to build Jerusalem's new industrial zone in Mishor Adummim, as well as a workers camp nearby. A few months later, in 1975, Israel expropriated 3,000 hectares to build Ma'ale Adummim. More land was subsequently expropriated to enable the settlement's expansion, to pave roads, and to develop other public infrastructure in the city. The expropriation procedure used in Ma'ale Adummim is unprecedented in the settlement enterprise. Expropriation of land for settlement purposes is forbidden, not only under international law but also according to the long-standing, official position of Israeli governments. Most settlements were built on area that was declared state land or on land that was requisitioned – ostensibly temporarily – for military purposes. It appears that in Ma'ale Adummim, the government decided to permanently expropriate the land because it viewed the area as an integral part of Jerusalem that would forever remain under Israeli control. The thousands of expropriated hectares were not uninhabited land. To allow the construction of Ma'ale Adummim and its expansion, hundreds of Jahalin Bedouins were expelled from their residential sites, which were designated for the neighborhoods of the settlement. Residents of adjacent Palestinian communities – al-‘Eizariyah, Abu Dis, and ‘Anata – were also severely harmed by the construction of the settlement, which took over many of their land reserves. For example, some 650 of the 1,135 hectares of al-‘Eizariyah land now lie within the city limits of Ma'ale Adummim, leaving the Palestinian town with a severe shortage of land reserves for development and with highly crowded residential areas.

The geographic location of Ma'ale Adummim also infringes the collective right of the Palestinian people to self-determination. The settlement severs the West Bank at a strategic point, dividing it into two cantons, thus making it impossible to establish a viable Palestinian state with reasonable territorial contiguity.

Completion of the Separation Barrier along its approved route and implementation of the building plans for E1 in their entirety will worsen the infringement of Palestinians' human rights.
Publié par azadeh à l'adresse ۱۴:۲۳ هیچ نظری موجود نیست: 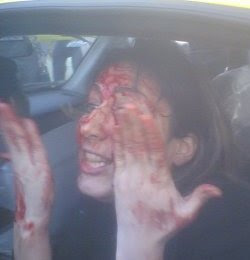 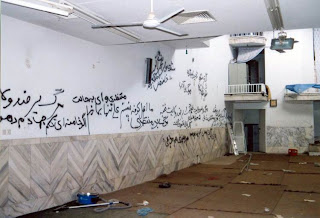 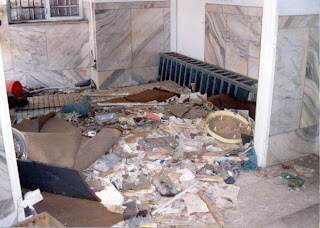 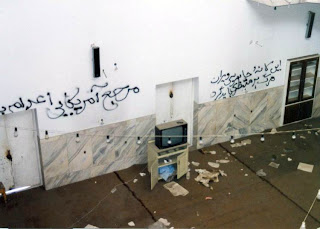 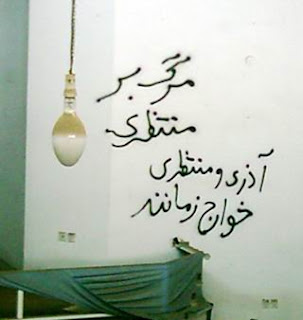 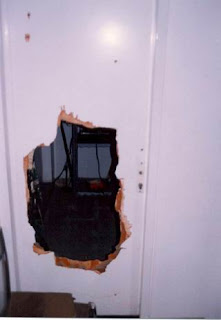 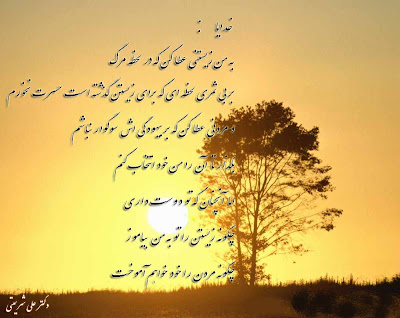